One of the global challenges that we are facing increasingly and in need to be understood and combat is terrorism. Countering and preventing violent extremism oblige(s) us to study many variables and aspects; not only the messaging that creates the pull factors, but the whole dynamic creating sometimes a hype behind groups such as ISIS. In this presentation, we will focus on how ISIS as a State and not just a group dealt with gender issues and valorized women in its institutions.

Due to the considerable uprising of the so-called “Islamic State” this issue of gender and terrorism unveiled many questions. Mainly the number of women and surprisingly mothers that joined the ISIS and traveled thousands of kilometers even from the “West” to support terrorist activities.

Many Tunisian women joined armed groups in Libya, Syria and Iraq. According to Human Rights Watch, more than 200 kids and 100 women are detained in camps under the Kurds and Syrian forces.

Update, 17th ,October 2019: Many detained women escaped camps in Syrian Kurdistan and others has been released after attacks perpetuated by ISIS fighters according to Aamaq News Agency; the official news channel of ISIS. 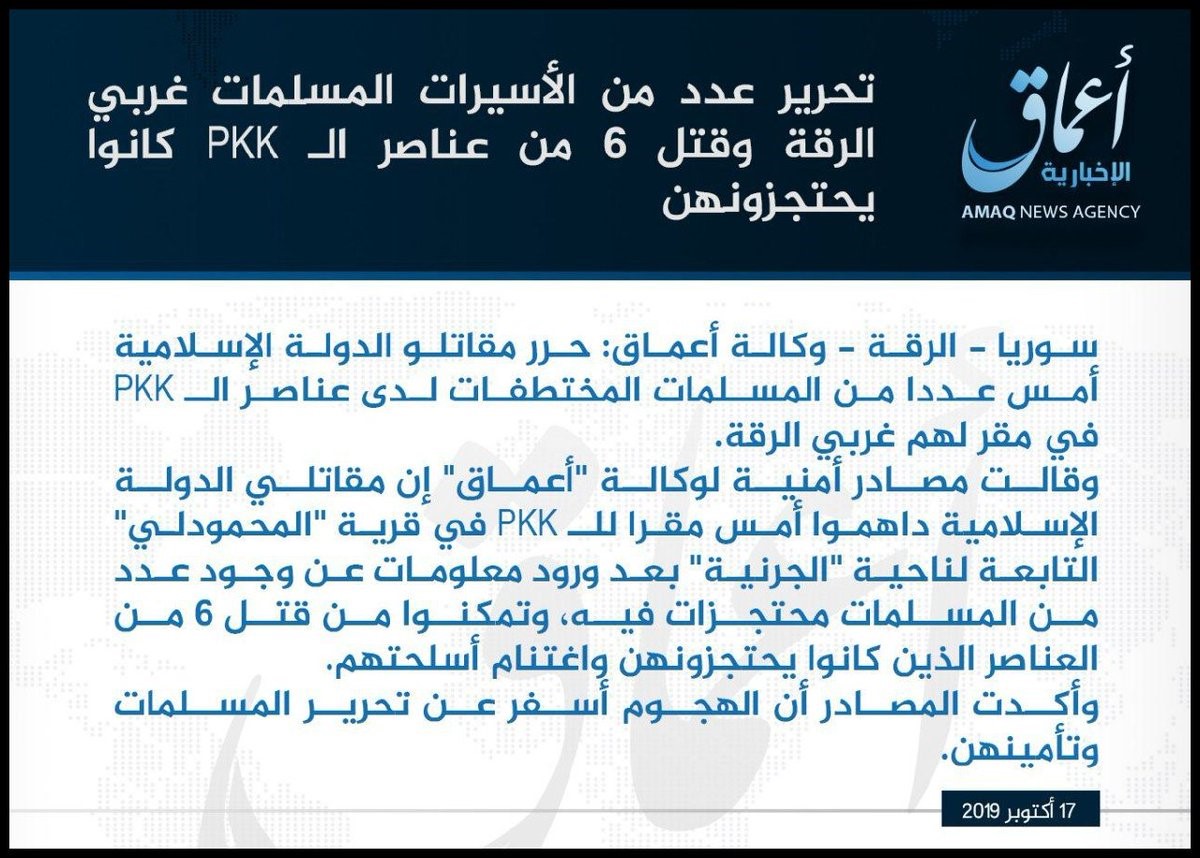 If we try to dig into the ideology of ISIS, the few written available documents are not exposing the whole doctrine, ISIS used mainly modern tools such as its well-presented videos with professional productions, high quality posters and infographics, its newspaper Al Nabaa with audio news flashes. All these media support, deliver graphic content without any warning. The glossary used is very aggressive, direct, bloody and promotes hate and violence. So, it is clear that the ideology of ISIS is based on extreme radical Islamic doctrine. It is surprising to see all the females travelling and joining ISIS with their kids by being indoctrinated with this ideology of blood and murder. 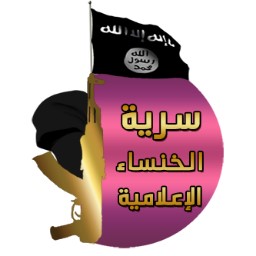 Wikipedia: “According to defectors interviewed by Sky News, al-Khansaa Brigade includes many foreign women. Recruits are “trained for a month”. Their pay is estimated to be “between £70 and £100 per month”. Members carry guns and may be fighters (many European women who fight on the front line) or women who “police the streets and look after the city’s affairs” (generally ethnic Arabs).

According to one source hostile to ISIL, women in the territory administered by ISIL are not allowed to drive cars or carry weapons, but women in the Khansaa Brigade “can do both”.

In April 2017 the group released a recruitment video for female hackers claiming to have hacked over 100 social media accounts over the previous month. There have also been reports of infiltration of the group members in Iraqi refugee camps.

Being radicalized is a process that includes push and pull factors. With some groups it can take years (The average is 4 years with al Qaeda) with others, ISIS in this case, the recruitment is much shorter. Adopting violent extremist ideology can occur at home, community, educational institution, in prisons and recently online. In Tunisia after the euphoria of the 2011 revolution the society was divided, and many joined and supported this extreme ideology. ISIS provided the hope and dream of building an Islamic State that promotes true values of religion where females can have leadership roles and use the Sharia when it is forbidden in their home countries. In its propaganda, ISIS offered females joining the group the opportunity to contribute in something for the Muslim Ummah, a duty always thought to be exclusively reserved to men. ISIS introduces the idea of religious duty where women can play a role larger than just being a wife or mother, this chance to females all over the world from different backgrounds to be identified as leaders and change makers created a feminist movement online over apps such as telegram and snapchat and even blogs where they were able to share freely how they see the Islamic State growing with their contribution.

The reality was drastically different, especially for females traveling from the west. Watching interviews made by French TV reporters shows that the Tunisian ladies that joined the Islamic State are still considered as aggressive in their detention camps. They are separated from other groups as they still claim their allegiance to Al Baghdadi. What is surprising, they totally deny that ISIS might have been bloody by killing children and imposing its values by force. In their defense most of these women insist that they did not know what they were getting into. Another Canadian woman claims she joined for Humanitarian reasons and she did not know about ISIS so much and she only knew they are only doing “good things”. During her three years and a half, she tried to leave the “state”, but she was “trapped” and was put in prison.

Like many other women who joined the so-called Caliphate, for their defense they attest they did not know about the bloody activities of ISIS which is strange as in the same period of time the world media was showcasing ISIS as the biggest threat for the humanity. ISIS also shared videos of their forces beheading infidels in public places and we all remember the horrible footage of Muath al-Kasasbeh in January 2015. The Jordanian pilot was captured and burned into a cage to death by the militants of ISIS in Raqqah, Syria. This footage among many other displayed how violent and hardcore ISIS can be. Still many females joined after the share of all these horrifying propaganda materials.

The roles ISIS promised and gave to women by joining its organization is giving them the opportunity to take part in building the so-called caliphate and to recruit other women to fight with for example, the Khansaa Brigade. To achieve this, ISIS as an international and multicultural organization, adapted its propaganda tools and its recruitment strategies to target women from different countries, backgrounds and social conditions. While targeting women from Tunisia, the recruiters based their speech on religious points where the Jihad and building the caliphate are easily accepted. In western countries the “state” is presented as a caring state for marginalized women living in forgotten neighborhoods of big cities.

Many online tools where for the first time used widely, during the Arab Spring, social media channels played a major role in Tunisia, Egypt, and Libya. ISIS learnt the lesson and focused on invading the different networks with different types of messaging to gain more mobilization.

The dilemma here is how women were attracted by joining ISIS in 2014, 2015 and mainly after the bloody face of ISIS emerged? The Institute for Strategic Dialogue (ICSR) said that ISIS has been appealing more to women and girls in its propaganda. “ISIS has increased its female-focused efforts, writing manifestos directly for women, directing sections of its online magazine publications Dabiq to the ‘sisters of the Islamic State’ and allowing women to have a voice within their recruitment strategy – albeit via social media,” the report said (Saltman and Smith 2015:18).

The Islamic State, on its propaganda platform, advised women to take part in the home affairs by helping in building families as a mother and a wife. In 9 January 2016, ISIS celebrated the launch and success of its first “Family Reform Office in Al-Raqqa Governorate”, the office played the role of reconciliation between husbands and wives. “The office includes several departments, including the women’s section, which plays the role of receiving women’s problems on daily basis. Thanks to God Almighty, many cases are resolved without reaching the judge.”

Women conducted few attacks under the regime of ISIS. A woman carrying a bomb vest is an exception and, in many cases, perceived a defensive act. The main task given to woman who joined the terrorist group are maintaining the motivation of fighters and recruitment.

Our team is fully back to the office. We do care about our and your health and we ask you to contact us in advance for appointments.